I recently got very interested in controlling the amount of power my boards use because between transmitting data and using battery powered devices, there isn't a whole lot of energy to spare if you don't want to be tied to a wall wart.

Adafruit and Sparkfun both sell the TPL5110 breakout boards that essentially act as delay switches that start a timer when a switch closes. When the period is up, the switch will close again. The system shuts off the power by sending a signal to the trigger pin, which opens the circuit. However, this is a little expensive for me, and as I was looking around for alternatives, I caught my eye on this IC/board:

This is advertised as delay timing chip/delay chip/Trigger delay IC/2s-1000h timing IC. It is also known as the C005 delay chip due to the markings on the side. Unfortunately, all of the descriptions online appear to be a copy-paste of the original instructions, which is a set of gibberish sentences:

However, after some exploring, I figured that what it does is to trigger the OUT pin LOW for a specific period of time before going back to its default state of HIGH. This is a one shot timer because it requires an external input for it to change state.

One way this can be used is to tie the output to a transistor that acts as a high power switch. Let's say I want a circuit to turn off for an hour each time. I will first pick out a resistor that gives me an hour from the timing table, then I will then program my microcontroller to send a signal to the trigger pin when it is done. This will cause the output to go low for the specified period of time (an hour) before it automatically goes back to high again.

The nice thing about this chip is that the solder pads are spaced 0.1in apart, so they can be soldered to standard headers. Another benefit of this IC is that it can also be used as a timer for a much longer period than the TPL5110. While it definitely does take up more space, it is 10x cheaper than a TPL5110 in single quantities, costing about $0.15. I measured the timing period to be stable to a few milliseconds.

The connections are as follows:

This chip takes in voltages from 2V to 5V. You will need to solder a resistor to set the timer.

By placing either a SMD resistor or a through-hole resistor on the board, the time will be varied as seen in the table above. These times apply when both P1 and P2 are not shorted. Alternatively, you can also add a trimpot to vary the delay.

For stability, a pullup can be added to the trigger pin. Do note that the output pin appears to be capable of up to 30mA and is not a full power switch. You will need to add the power circuitry yourself if you intend to use this timer IC for high powered operations.

This chip/board draws about 100uA as far as I can tell. This means that it is definitely not a substitute for sleep modes, which for the nRF52840 or ESP32, draws about a few uA when they are sleeping. However, if we are considering a more complex circuit like a board with other components that are also drawing power, then maybe this chip has a role in being the middleman for power management. This can also be useful in circuits that need to be timed but don't have a microcontroller, or retrofitting existing circuits to have sleep features.

An overview and implementation of OpenThread, a mesh networking protocol in BLE 5.0. Featuring the Nordic nRF52840! Fun and very accessible. 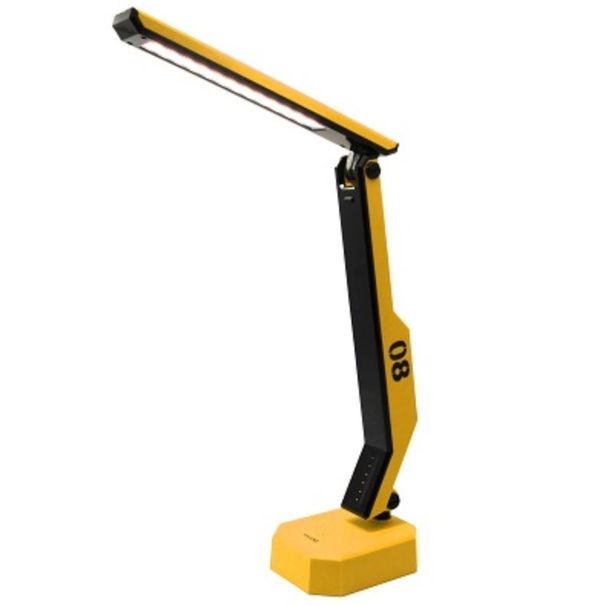 A table lamp teardown with a focus on mechanical and electrical design elements.